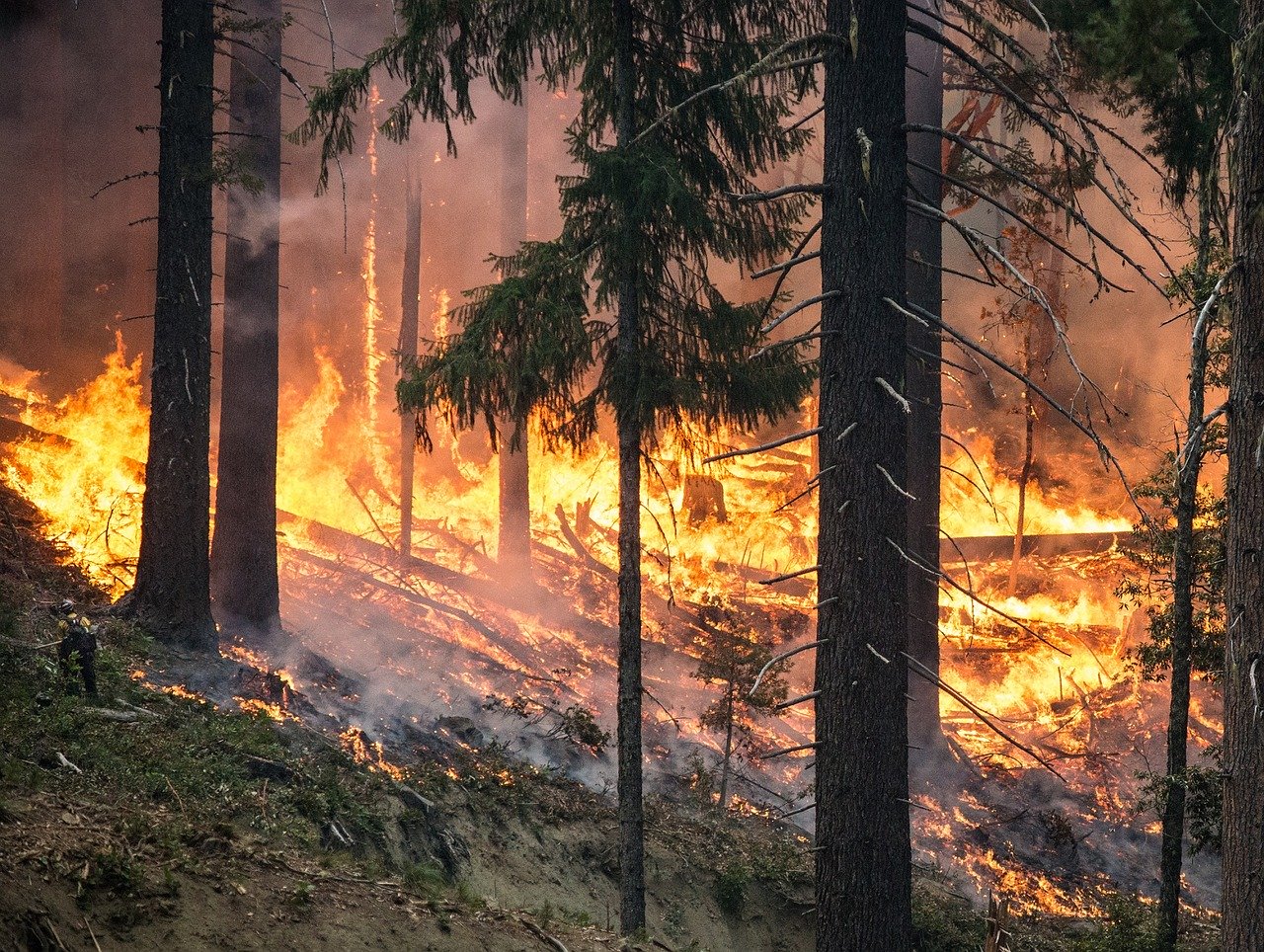 Forests are called ‘the lungs of our planet’. Having in mind global pollution levels, it is high time we did something more effective to save them. It is reasonable to think that if people rationalize the consumption of forests, we would give them enough time to regrow. However, this isn’t enough to save forests because some of the biggest threats to them are wildfires.

Every year we lose 7.0 million acres of forests due to wildfires. This certainly leaves a big scar on the planet’s lungs. Therefore, scientists all around the globe have been working hard to find solutions that can prevent wildfires.

The main problem with wildfires is that they start unpredictably and they spread at incredible speeds. To deal with this aspect of wildfires, scientists have developed a solution that is used to detect wildfires as soon as they start – heat sensors.

Heat sensors are attached to devices for monitoring forests and they are used in areas with higher risks of wildfires. The moment they detect a wildfire, they alert local forest rangers or firefighter stations. Heat sensors are installed in satellites orbiting the Earth, too, and they can send information about heightened temperatures in remote areas to the closest fire station.

Sometimes, wildfires can occur in hardly accessible locations, which enables them to spread uncontrollably. This is the reason why scientists have started developing firefighting drones that can put out those wildfires. The main idea behind this project is to create a machine that can deliver water to the location of the wildfire as soon as it starts, no matter where it is. These drones must be capable of finding the best and fastest route while carrying heavy loads necessary to extinguish the fire.

It is easy to imagine how a drone can be used to carry water to put out a wildfire, but how can a piece of software help deal with such a terrifying event? Well, every piece of hardware requires software to control it and operate it optimally. For this reason, scientists and developers have been working on creating firefighting software. Just imagine having a fleet of AI firefighting drones standing by ready to be sent anywhere anytime. Thanks to the development of this AI software, drones will be able to extinguish any fire faster than even skilled firemen. Furthermore, with the implementation of firefighting drones, firefighters will be spared from going into dangerous situations.

Part of this software is already being tested using computer simulations which check how well AI can deal with wildfires. In each scenario, variable kinds of input are given to AI so it can learn to deal with every situation. Once perfected, this AI software will be installed in portable mediums and given to firefighting departments. This will be of exceptional help to inexperienced firefighting teams when dealing with wildfires in unfamiliar locations because this AI software will have all the information about the location and disposable resources.

As we can see, the future looks bright when it comes to dealing with wildfires. Technology can help us deal with wildfires started by natural causes. However, each of us needs to be more responsible to prevent wildfires caused by human action.

How Can Digital Technology Help in a Climate Crisis and Slow Climate Change? – Technology for the Planet